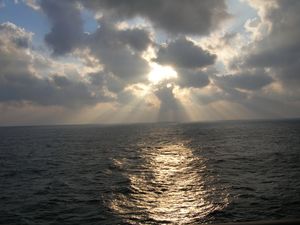 Vic began performing as a bass player and acoustic guitarist in a succession of bands in Athens GA in the 1980s and 1990s, including the R&B band "Spats" and the acoustic songwriter ensemble "Restless Cha Cha".  In 1996, Vic decided to explore his options as a solo acoustic folk performer playing around Athens and Atlanta.

Moving to the Washington DC area, Vic released his first album, “Granite In The Mirror” under the name "L. V. Cook" in 2004.  From that album, the song “Family Reunion” won the Gold Award in the Folk Category of the 2004 Mid-Atlantic Song Contest. The same song was later featured on the National Public Radio Open Mic. Also form that album, “Monument” got some airplay in Belgium and “Feather” received recognition as well.

In 2010, L. V. Cook released his second album “Granite In The Mirror”.  While the first album had more of a blues-folk Americana vibe, 2010 CD “Roads, Water and Orange” offered the opportunity to explore new influences and styles, from Ray Charles to Antonio Carlos Jobim.

In 2015, Vic decided to resume performing under his common name "Vic Cook".